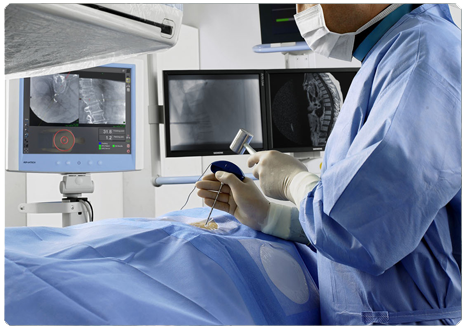 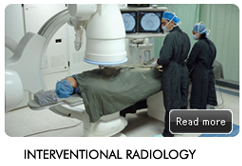 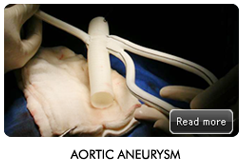 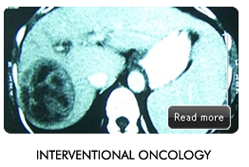 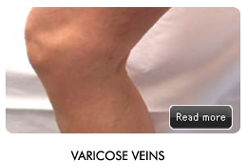 Interventional Radiology is a branch of medicine which is devoted to treating various vascular and non-vascular conditions, through integration of clinical and imaging based diagnosis and minimally invasive therapy.

Interventional radiologists are doctors who specialize in minimally invasive, targeted treatments performed using imaging for guidance. They use their radiology background to read X-rays, USG, CT Scan and MRI and with the help of mainly specialized X-ray machines, use their expertise to guide tiny instruments, such as catheters, through blood vessels or through the skin to treat various diseases without surgery.

Interventional radiologists are specialists who have trained rigorously in minimally invasive interventions using imaging guidance; they combine their imaging background with clinical knowledge to treat various vascular and non-vascular pathologies.

We work in close consultation with the primary care physician or surgeon, to be sure that the patient receives the best possible care.

NO! Since the past 60 years interventional radiology is a tried and tested modality for the treatment of various vascular and non-vascular conditions which initially could be treated only by a major surgery. Interventional radiologists were the pioneers of the first angioplasty and later endovascular stenting, which were first used to treat blocked arteries in the legs, saving patients from surgery or amputation. With the progress of medicine and technology various conditions such as fibroids, GI bleedings, biliary blocks etc. can be treated.

With their expertise in imaging and the specialized and advanced training only in the field of non-surgical techniques with imaging guidance, interventional radiologists can treat a large number of ailments within the body by delivering the treatment directly to the source of the problem.

Although no medical treatment is 100% risk free, the risks of these interventional radiological procedures are far lower than the conventional form of treatment which used to be open surgery.

All of these procedures are performed with just a small puncture in the vessel, hence obviating the need of large incisions.

Most of these procedures require only 1-2 days of hospital stay as compared to surgical procedures which require 7-8 days.

Majority of the procedures are performed under local anesthesia as compared to open surgery which requires general anesthesia.

Radiation risk is negligible with trained interventional radiologists, since our training also incorporates radiation safety techniques along with the procedure technique and clinical knowledge.